Medal of Honor and the Key to Happiness! 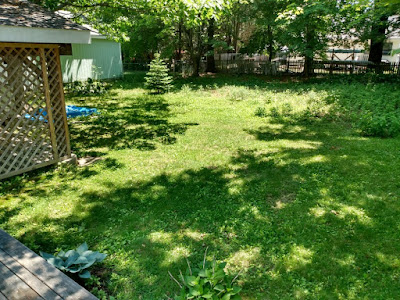 My new friend Diane just bought a house in Brunswick (Maine) and it has a charming yard shaded by sugar maples and oak trees.  The day after she took  possession I went over with her to help her trim some low tree branches and then set to work detecting the backyard.

We had met the previous owner and she had said that the back yard had originally been a bit of a junkyard with all kinds of scrap metal strewn around.  It had been covered over with soil more recently.  So there were a lot of signals for me to detect in the rich loamy soil, but a lot of them were junk - scraps of iron, steel, bits of pipe etc. nothing too exciting. 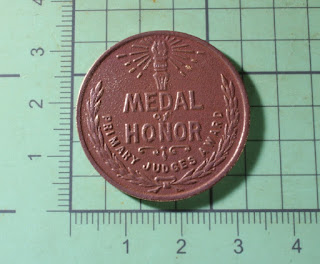 What was interesting was this large "METAL of HONOR Primary Judges Award" that I found right next to the rear deck.  Looks like the kind of thing you would give kids as a second prize for a sporting event or something. 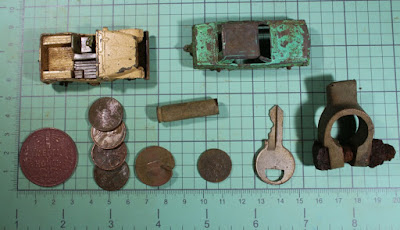 I also found some toys and a padlock key (to happiness!?).  A few coins included a nickel that had clearly been hit by a lawnmower.  I've never seen a coin damaged in that particular way before.  It's certainly not currency, and I'm certainly not rich.  But this hobby is a get rich slow scheme isn't it? 😉

I welcome comments and feedback on my blog